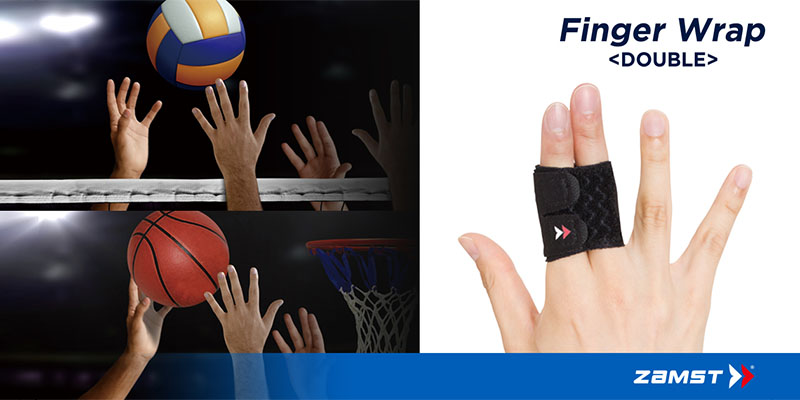 ZAMST has added these new products, focusing on the sprained finger experienced by many athletes of volleyball and basketball.

2)Easier application than taping.
Simple steps of inserting a finger and applying the two-way strap.

3)Polyurethane film inside prevents the product slipping away.
The polyurethane film applied on the inside and outside of the support is designed to control the migration during performance, and to make the ball less slippery.

Experience of the sprained finger in volleyball and basketball 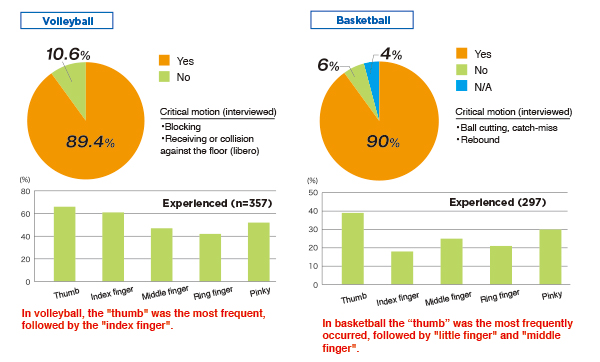 While many players use taping for the prevention and care of sprained fingers, we conducted another survey to know how they feel on taping and found that there are many dissatisfactions in using taping such as “troublesome applying”, “peeling off during performance” and “skin irritation”.